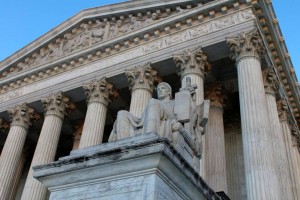 I write, research, and teach on the Fourth Amendment’s guarantee against unreasonable searches and seizures.  In 2016, my book The Roberts Court and the Evolution of the Fourth Amendment, co-authored with Craig Curtis, will be published by the University Press of Kansas.

Here are some of my Fourth Amendment and legal blog posts from the past few years:

Thoughts on the Grand Jury in Ferguson

Musings on the Cell phone case

The Consequences of Turning Bean-town into Baghdad

Stop Saying “I don’t care if you search my cell phone records, I have nothing to hide”

Michael C. Gizzi and R. Craig Curtis, The Roberts Court and the Evolution of the Fourth Amendment, forthcoming, 2016,  University Press of Kansas.

Michael C. Gizzi, “Pretextual Stops, Vehicle Searches, and Crime Control: An examination of strategies used on the frontline of the war on drugs,” Criminal Justice Studies: A Critical Journal of Crime, Law & Society. 24(2),139 – 152.   2011.