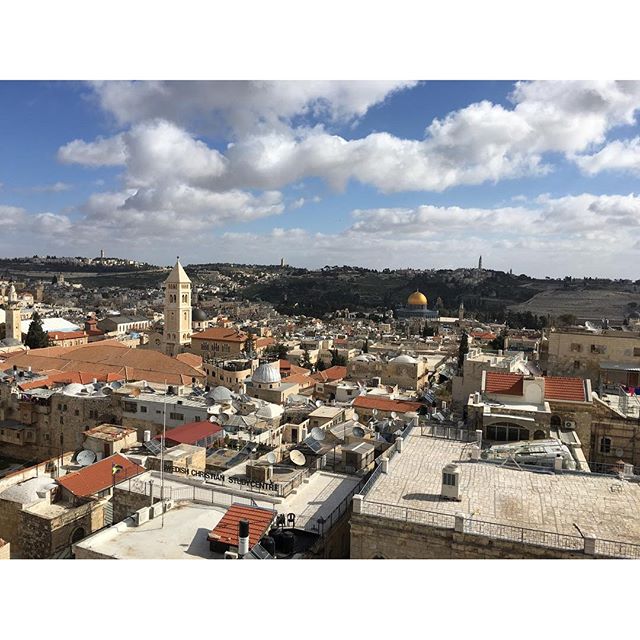 In February 2015, I journeyed to Israel and the Palestinian territories to gain a better understanding of the complexities of peacemaking in the context of the Israel-Palestinian conflict.  For two weeks I traveled through many parts of Israel and Palestine , with the goal of meeting and interacting with people who are engaged in conflict-resolution, reconciliation, and bringing about co-existence between Jews and Arabs.

My initial reflection on that trip is published here, in Reflection on a journey – Israel through new eyes  .

In February 2016, I returned for a slightly longer trip, 15 days in Israel, in which my goal was to expand upon the first trip, to conduct research and interviews on these issues.  In 2015, I learned about narratives.  In 2016, my goal was to go deeper into proposed solutions, stumbling blocks, and a deeper sense of what works and does not work in co-existence projects.    The end result was that within 365 days, I spent 27 days – almost a full-month in Israel.   This unique opportunity has given me a perspective that is extremely valuable. When I visited in 2015, Israel and Palestine was in a lull in violence, eight months after the summer 2014 Gaza war.  It had descended into a post-war status quo.   In February 2016, it was very different.   It was four months into a new low-level terror wave, in which young Palestinians, wielding knives and scissors, had engaged in weekly, if not daily attacks on Israelis, in Jerusalem, and at settlements across the West Bank.  There had even been a terror attack in Tel Aviv in early January.   The mood was different. Yet, I never felt like I was in danger, or was afraid.  I took city buses, walked the streets, and felt safe.

I am still writing up my reactions to the 2016 Israel trip, but am including links to them here.  This page serves as a sort of table of contents to my reactions, reflections, and experiences, having spent 27 days in Israel and Palestine in the course of a year.   Together the posts provide  an overview of issues, through my eyes, as an American political scientist, who while not an expert on international politics, has become extremely interested in knowledgeable about Israeli-Palestinian politics and the conflict.

An Israeli perspective on the evolution of the Israeli-Palestinian conflict

Rawabi – the Palestinian City of the Future

Co-existence and Tolerance in Yafo

Ancient Sites, A Medieval city, and a Natural Wonder

From Simplicity to Luxury

An Epic Day of Walking, Reacquainting Myself with Jerusalem

Arriving Back in Israel

Images of the West Bank – A SmugMug Journal

Bethlehem – A Story in Pictures

Change the Lens – Get a Different Perspective

Reflection on a journey – Israel through new eyes

Masada and the Dead Sea

A small world connection – the work of Shevet Achim

The Dueling Narratives of Hebron

First Day in the West Bank

Sister City meetings, Nazareth, and the Reunion in Yagur

The Galilee and the Golan Heights

A Reunion, new friends, and an appreciation for Arab Culture

One thing led to another – the Journey Begins 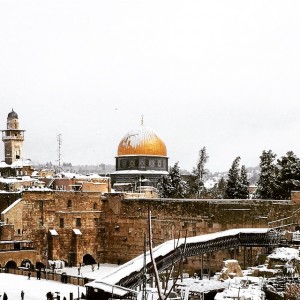 While I was in Israel I spent time with the teachers and students from Jewish and Arab schools in Haifa and Nazareth who are part of the Friends Forever program, and whom came to Bloomington-Normal in 2013 and 2014.  I visited the historic and religious sites in Nazareth, the Galilee, and the Golan Heights, and will meet with the mayors of the cities of Nazareth and Nazareth Iliit to start a discussion on building a sister-city program with Bloomington-Normal.

In addition to Friends Forever, visited a variety of groups engaged in peacemaking in Israel and Palestine, including the the Shimon Peres Center for Peace, the Haifa University Peace Studies Program, Living the Language, the Hand in Hand Center for Jewish-Arabic Education, and the Shalom Hartman Institute. (Visits to the Abraham Fund and Peace Center at Givat Haviva were unable to happen due to a freak snow-storm that practically shut Israel down!)  My trip brought me to the Palestinian West Bank cities of Ramallah, Jericho, Bethlehem, and Hebron. In Hebron, I visited with both Palestinians and with Jewish Settlers in one of the contested settlements.  I saw many of the religious sites of the Holy Land, and visit the historic mountain fortress of Masada, and float in the Dead Sea.