“The murder rate in 2015 experienced its largest single-year increase in nearly half a century.”

These are the words uttered by President Donald Trump in his first address to Congress on February 28th.   It seems scary.  It suggests that there is a huge problem in America, where crime is out of control, and where “carnage” rules the day.   Here is the problem.  It isn’t true.

Yes, the Uniform Crime Reports recorded 15,696 homicides in 2015, an increase of 1532 or 10 percent  over 2014. But the claim offered by the president leaves out the fact that the homicide rate in the United States has been falling consistently since 1992.  The claim by the president is manipulative, it takes a one year increase, and makes it sound like there is something sinister going on. 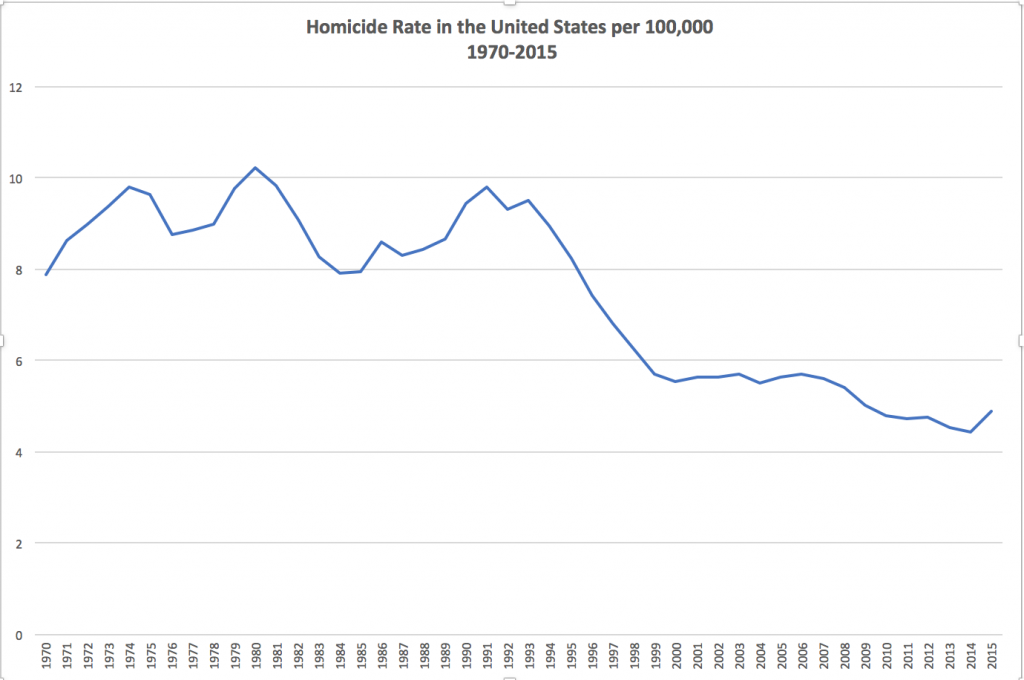 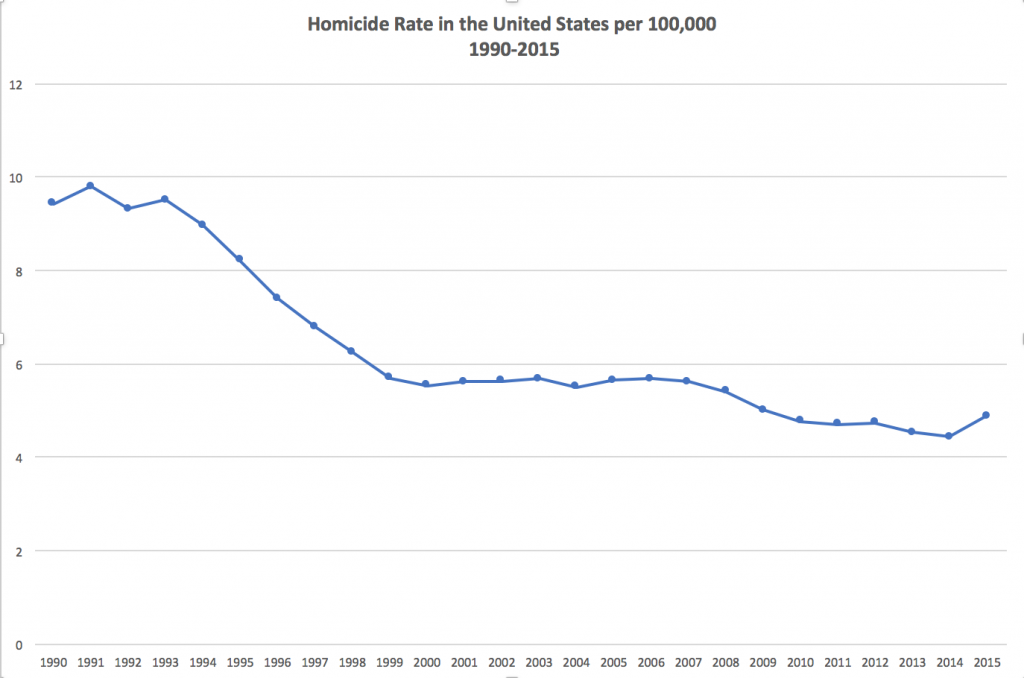 The president’s statement is a lie.  It is manipulative, and it is intended to fit his narrative of law and order.  This is no surprise for Donald Trump. He has routinely made false claims, and then repeated them so many times that people begin to believe they are true.  By taking a small blip in a 25 year period of almost continual declines in crime, the president is trying to make it appear that the nation is facing lawlessness in the streets.  He can use this to try to counter the numerous public complaints against abusive behavior by law enforcement that have been at the forefront of American politics since 2014.

Don’t fall for the lie.  Don’t let him gaslight you into questioning reality.