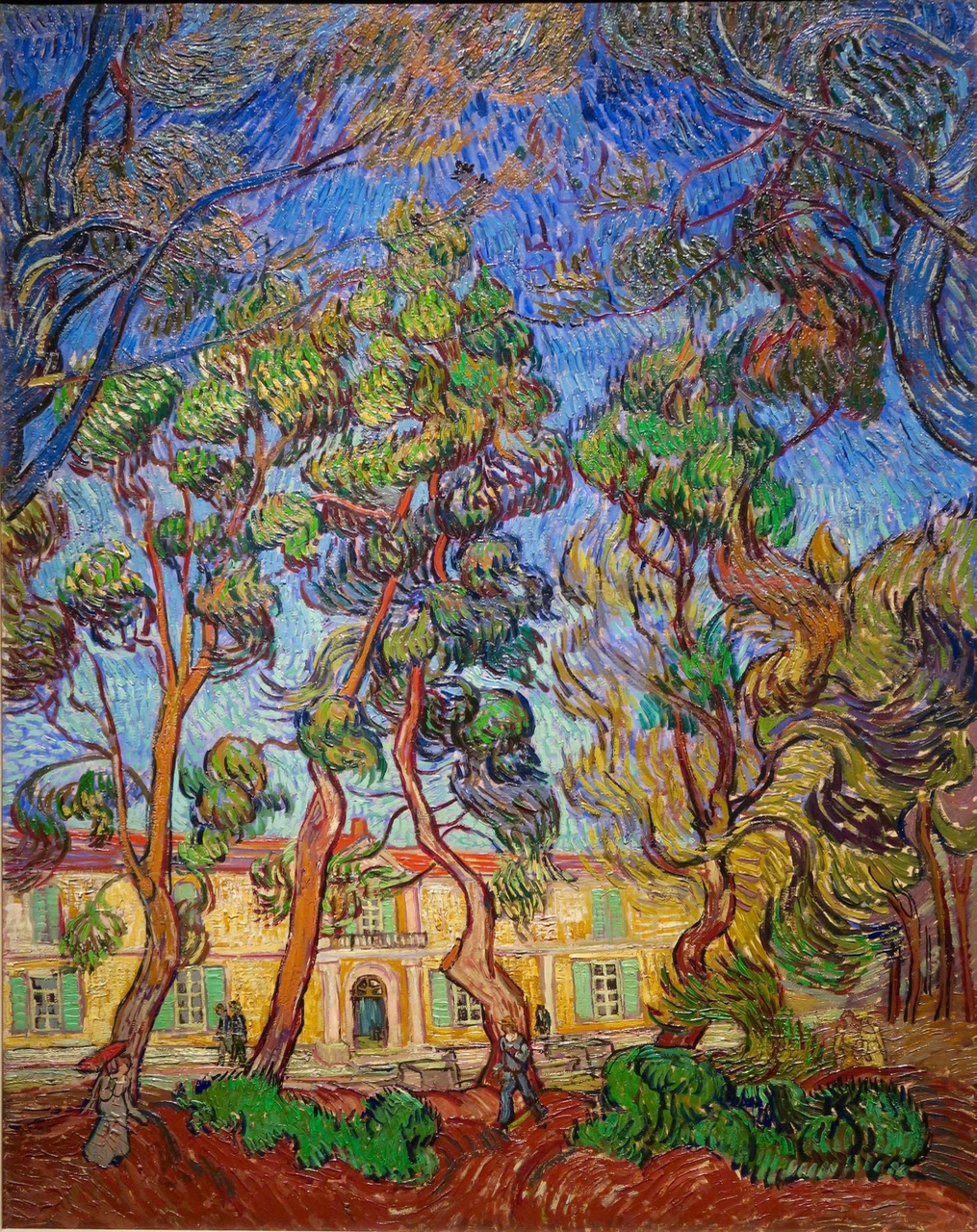 It was painted in October 1889, when van Gogh was undergoing treatment for his mental illness at the Saint Paul Asylum in he Saint-Remy-De-Provence, 12 miles northeast of Arles, in the south of France. van Gogh described the trees in the garden, with the asylum facade behind them it in a letter to his brother Theo:

“I also have two views of the park and the asylum in which this place appears most agreeable. I tried to reconstruct the thing as it may have been by simplifying and accentuating the proud, unchanging nature of the pines, and the cedar bushes against the blue.”

October 8, 1889, Letters, p. 810. The painting is roughly 36×28 inches in size. It was featured as the centerpiece of the final display at the van Gogh: Bedrooms exhibition in Chicago.

It has become one of my favorite paintings of Vincent van Gogh. Enjoy.