I will admit it.  I like old rocks.  I like rocks that were set in place by people 1,000 years ago, or 2,0000 years ago. Or longer.  Just as I was fascinated by Mesa Verde when I lived in Colorado, I am fascinated by the architectural treasures that are everywhere here in Israel.  Yesterday we saw the ruins of the ancient village of Nazareth, circa the first century (under and key to the Basilica of the Annunciation), today we visited Caesaria National Park.  Caesaria is named after Caesar.  Because it was the primary roman port built by Herod BEFORE the time of Jesus.   The ruins are extensive, and we saw the port, and the basic docks where boats would come in, the hippodrome, where the horses races were held, Herrod’s pool, in the Med, and the amphitheater,  PLUS the giant Roman aqueduct that brought water from the Med inland.  It was very cool.

END_OF_DOCUMENT_TOKEN_TO_BE_REPLACED

Today was a day touring the region of the Galilee and the Golan Heights.  We drove from Nazareth to Cana, and then to Mt Arbel, where we took in a brief hike to the summit to view the Sea of Galilee.  The sky was hazy, so it did not make for the best photos, but it provided great context to the scale of the lower Galilee and the Sea.    I think people often assume the Middle East is a desert, and the Galilee is far from it.  Quite green, rolling hills, and mountains, and verdant pastures.   Its scale is equally impressive. 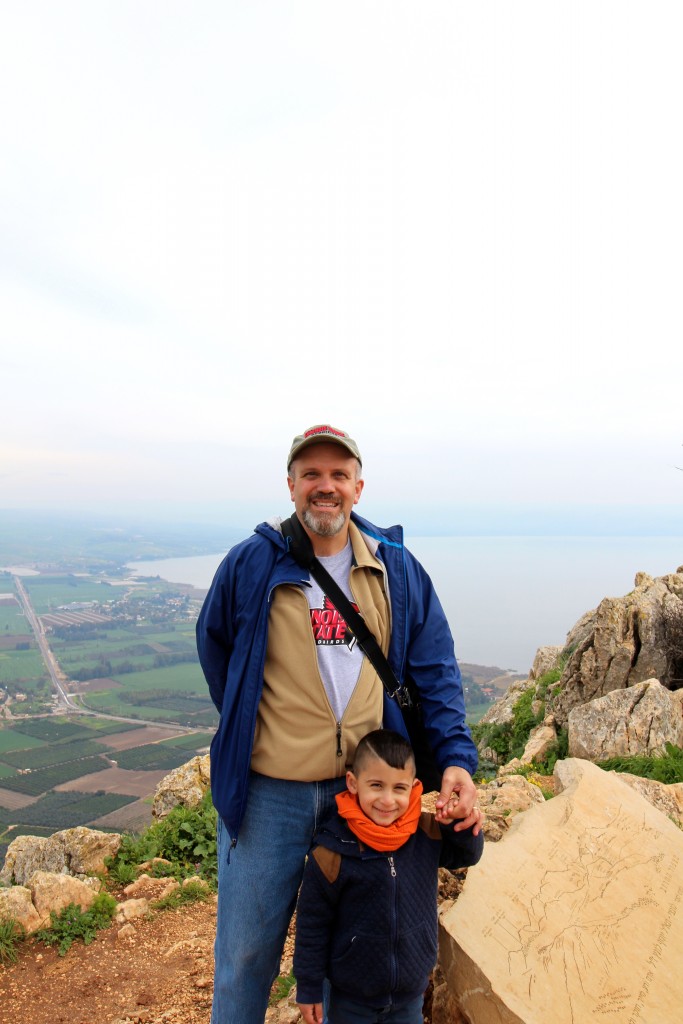 We then drove to Tiberias and along the shore, until we stopped in Capernum at the Church of the Primacy of St. Peter, where it is believed Jesus would have met with the apostles after the resurrection. This provided access to the Sea and while I was tempted to try to walk on water, I opted to put my hand in the water, and stand on the edge.    We drove by several other sites, along the coast, until we veered east to the Golan Heights. 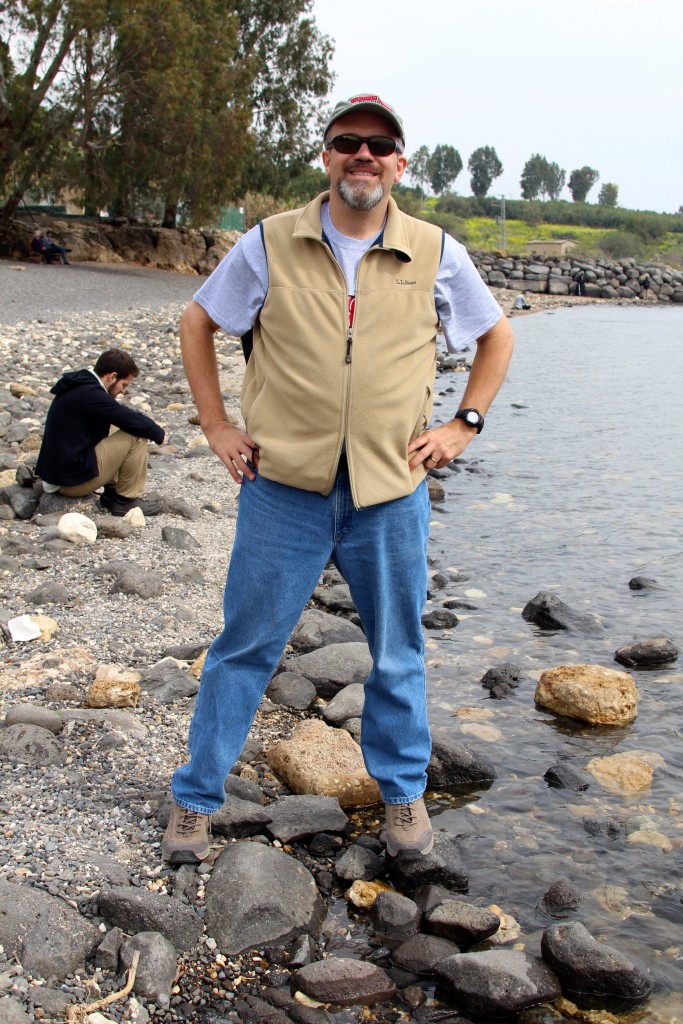 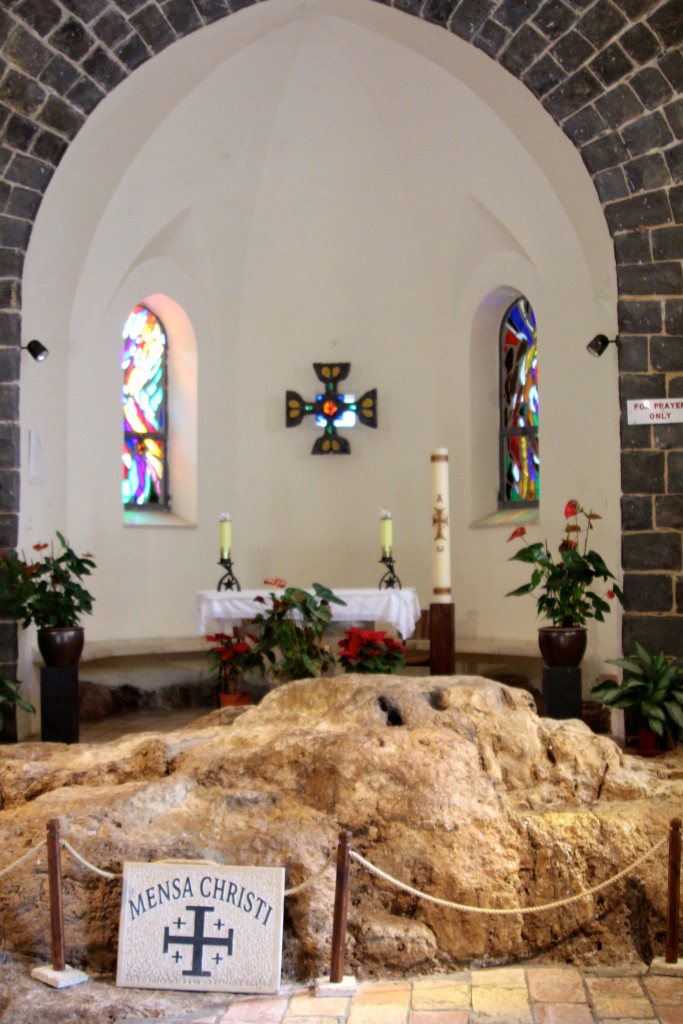 The Golan Heights was internationally recognized as Syrian territory, until captured by Israel in the 1967 six-day war.   The Israeli’s offered to return it for a peace agreement, but the Arabs refused.  In 1973, after the Yom Kippur War, five percent  of the Golan was returned to Syria as a demilitarized zone, which to this day is under UN control.   We drove north close to the border, and saw numerous signs and ruins, from the 1967 and 73 wars, and were close enough to see into Syria.  We also saw a convoy of UN armored trucks. 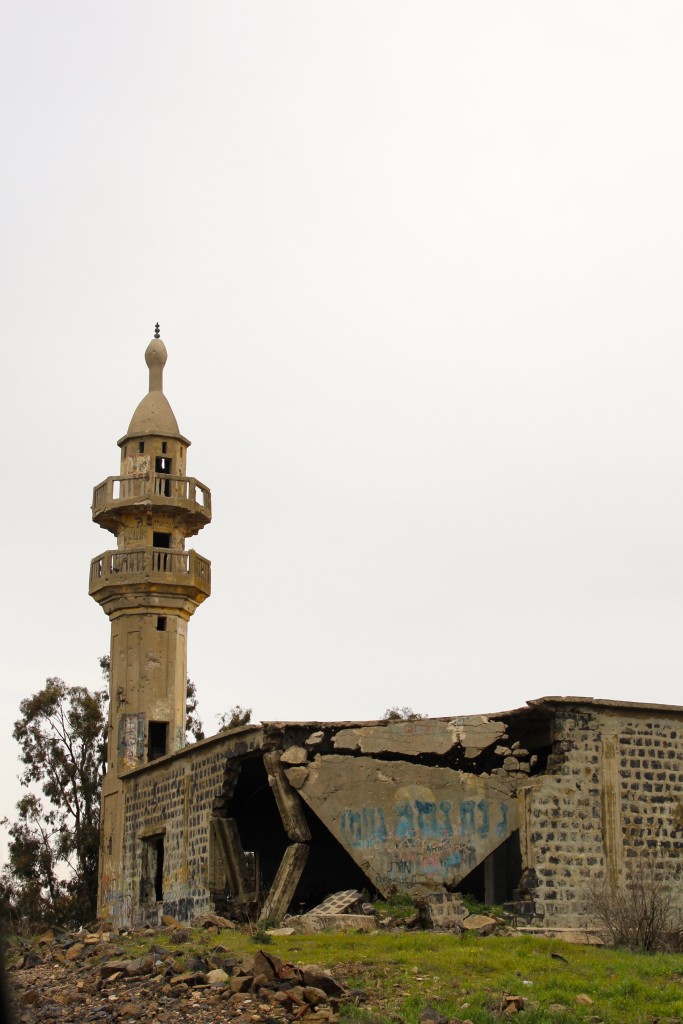 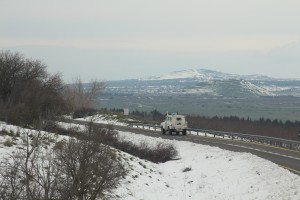 Most of the population in this area is Druze, and we passed through three Druze villages on our way to Mount Hermon, the largest mountain in the region, and the source of much water.  The entire area had deep snow cover and it was quite apparent that the Golan is extremely important as a source of water. We went most of the way up Mount Hermon, but did not pass into the ski area, or get to the summit, where had it been a clear day, you would be able to see deep into Syria, and possibly see elements of the war going on there. 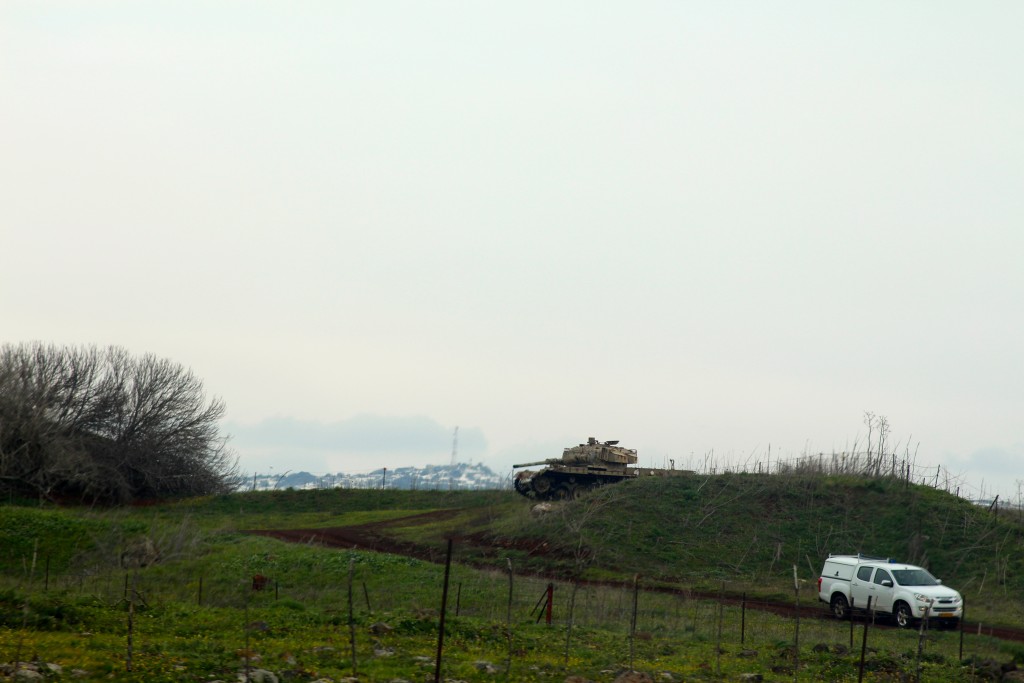 Then we drove to Nimrod’s Fortress, a 13th century mountain fortress, a castle, that was built by Arabs.  It is a national park, and truly a jewel.  Photos capture it better than words. 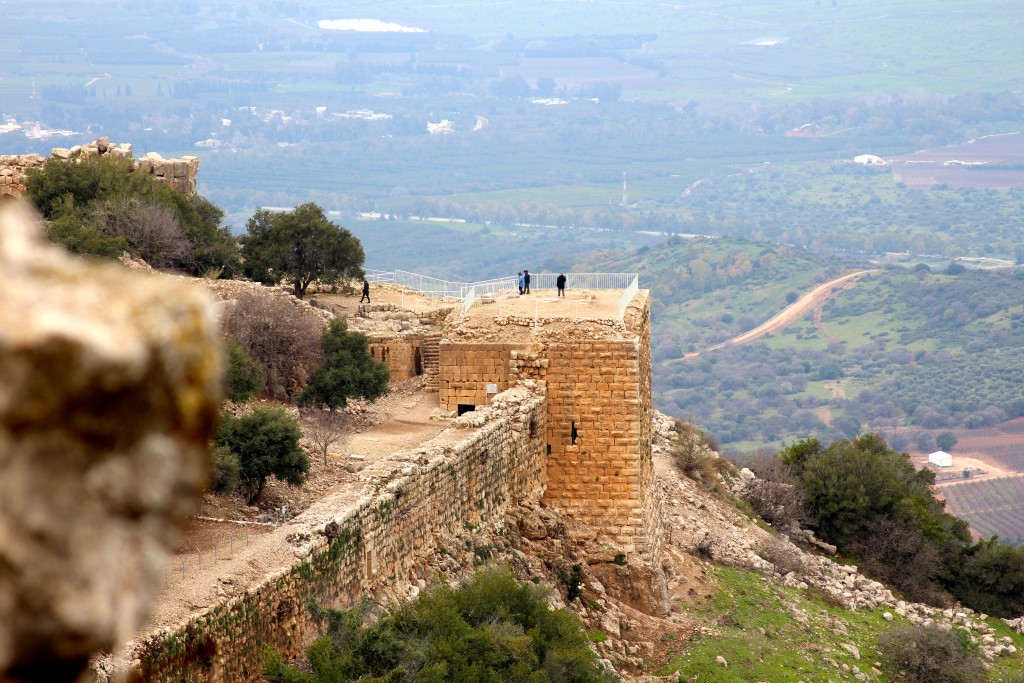 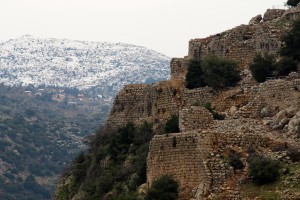 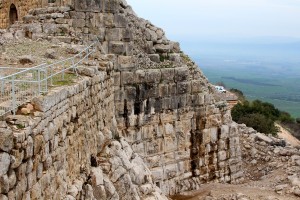 Finally, we drove to Metula, on the Lebanese border, and drove to a closed border crossing. We could see right across razor wire fence to a Lebanese village the Roger visited several years ago.   You could sense the tension in the town, just from the way things were set up.    The place is in constant threat of the specter of Hezbollah.

Then we stopped at a grocery and nuts/candy shop in Cana (yes, wedding of cana location),  (where I experienced more Arab hospitality, having been given a date, fig, almonds and walnuts, a cup of Arab coffee, and a handful of candy!    THEN back to Ein Mahel, where we had a food coma’s worth of dinner, at a small restaurant, where they grilled lamb, beef, and sausage, on Kebabs, over an open charcoal fire.  The funny thing was prior to that point in the day our food intake had been bread, pastries, and fruits, and then at dinner we at a week’s worth of meat!   The lamb was amazing, as was the lamb/beef hamburgers.  The food was to die for.

All in all a very good day, got to see some things I don’t think I ever could have imagined, all due to the generosity of our host Raed.   I am glad I got to get to the Sea of Galilee, and my perspective on the Galilee region is really changed.   Oh, we also drove by the vineyards (off in the distance) of the Galil Mountain Winery, which Julie and I have bought wine from several times.  That was pretty cool too.

No earth chatting revelations today, but a very good day.

Today was my first full day in Israel, and it was a whirlwind. It started with a three hour visit to Raed’s school, El Albra, which is the Ein Mahel village elementary school.   We met with Raed and talked about the Living the Language program, which he developed to bring American college students to the school for a three week immersive program, teaching English to the kids, while living with families in the village. The concept has a lot of potential.   Raed and some of his staff provided us with an incredible breakfast, consisting of plates of hummus, bright yellow and red vegetables, breads, pita, falafels, salsas (not called that, but that is what it was). Pretty incredible. We toured the school, and visited three classrooms, and interacted with many of the kids in the hallway. Roger remarked how happy and enthusiastic these kids seemed to be. Their smiles were quite infectious that is for sure. We took questions from the kids about our lives in America, were asked what our favorite sports teams were (given the choices of Real Madrid and Barcelona), among other things. They were all very well spoken and proud of their village and school. “Welcome to our village and to our school. Thank you for visiting us.”

END_OF_DOCUMENT_TOKEN_TO_BE_REPLACED

One week from today and I will be headed to O’Hare to begin what will only be my second trans-atlantic flight ever, a two week trip to Israel, where I will have the opportunity to not only see the historic and religious sites, but will be able to meet with people engaged in peace-making, and dedicated to creating a society where Jew and Arab are able to co-exist.

I will be pushing myself beyond my normal comfort zone, beginning with 14 hours on a plane.  I simply don’t like planes that much.   Not fear of flying, but the uncomfortable feeling of being confined in a small seat, crammed like sardines.  But for some reason I don’t even care, and I just want to bring it on.