A recent study report  by the PCUSA’s Advisory Committee on Social Witness Policy (ACSWP) demonstrates its one-sided, distortions of the Israeli-Palestinian conflict. Indeed, it is exactly what I expected from ACSWP.  The report was commissioned by the 221st General Assembly to study the commitment to the Two State Solution.  I’ll say that the report is less inflammatory than I actually expected, and it treads lightly about being affiliated with the BDS Movement, but the reality is the report will provide commissioners to the General Assembly this summer with a very one-sided view of the conflict.
A report was released today by NGO Monitor, by a Israeli watch-dog organization, and highlights the biases in the study, and illustrates how one-sided their focus was.

The almost-exclusive reliance on sources that are, in many cases, openly hostile to Israel and present highly distorted analyses resulted in a one-sided distorted view of the Israeli-Palestinian conflict. In addition to promoting BDS, the document downplays the threat of terrorism directed against Israeli civilians, while blaming Israel for Palestinian terror attacks and the hostility of neighboring states. Moreover, it views the conflict solely through the prism of ostensible Israeli strength and Palestinian weakness. This narrative patronizes Palestinians by absolving them of responsibility for their own actions and presents a sympathetic view of Palestinian violence.

Look, I understand that everyone approaches this issue from a particular view point (and even NGO Monitor has its own lens and biases).   But my experience in the past several years of being focused on these issues is that when one puts on a narrow lens, and fails to even acknowledge the counter-narratives (there are more than two) in this complex area, then a huge dis-service is done.   This is even more problematic given the emphasis that social justice policy towards Israel and Palestine plays in the General Assembly of the Presbyterian Church (USA).  Our commissioners are generalists, not public policy experts, and they are asked to vote on hundreds of different issues over a week long assembly, setting the church’s agenda for the next two years or more.  When the advisory bodies of the denomination itself are co-opted and so biased in their views, then everyone loses.    The very naming of individuals to the study group was stacked to promote a specific viewpoint or narrative, and as a result, the  report did just what one would expect.
Just as the Church’s “Israel Palestine Mission Network” and its highly inflammatory “study guide” Zionism Unsettled is a front for the Boycott, Divest, and Sanction movement, this report should be viewed in the same light.  It presented a highly distorted view of exceedingly complex issues.  For Presbyterians, it is neither decent nor orderly.   These are issues that I take very seriously, and issues which I have dedicated a huge amount of time studying, exploring both sides of the issues.   Neither peace-making nor conflict resolution is served by such approaches.
Think of the Israeli-Palestinian Conflict as a puzzle – like a Rubik’s Cube.  The puzzle can be solved, but it takes a lot of work, and effort.   The ACSWP/IPMN approach is to tear the stickers off the cube, and put them back again, and say “look I have the answer!”   In doing so, we all lose. 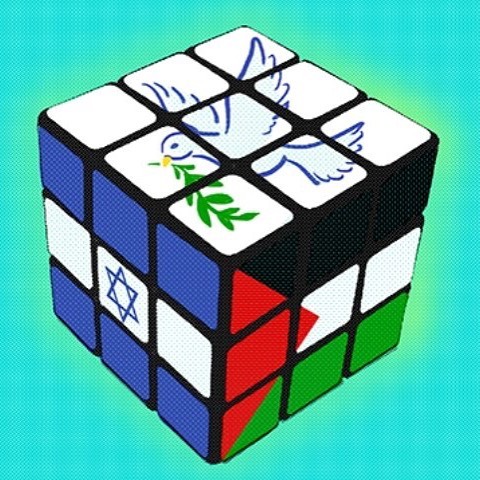