I have been home from Israel for almost three days. In that time I have spent a lot of time looking at and sorting through the more than 5,000 photos I took on my Canon DSLR, iPhone 6, and handy-little powershot S100.   So many things jumped out at me. This was a trip unlike anything I have ever done. Ever. I have been trying to figure out how to summarize it.  This is my first take at it.

Going to Israel was way outside of my comfort zone. I am talking thousands of miles outside of it. Forget the fact that I do not like flying (a miserable experience in the 14 years since 2001), this was going to a country in one of the biggest hot spots of the world, where just seven months ago a war was going on.  So, Israel was way out of my comfort zone, yet going there somehow resulted in considerably expanding my comfort zone. There was not a single moment when I was in Israel or on the West Bank when I felt unsafe. I never had a panic attack, I was totally comfortable with my inability to understand more than a handful of words in either Hebrew or Arabic. It simply did not matter.

Along the way, something incredible happened. I came to see the diverse cultures and people that live in Israel, the beauty and diversity of the land, and the religious significance and sense of the sacred present in the holy sites of the Abrahamic faiths.   I saw the green rolling terrain of the Galilee (which to my biblical mind looked nothing like it), the snow-covered terrain of the Golan Heights, the beauty of the Mediterranean coast from Haifa to Ein Hod to Tel Aviv and Jaffa, the hills of Jerusalem, the desert-like features of much of the West Bank (which more closely resembled my biblical images), the green of the Jordan River valley at Jericho, and the classical desert of the Dead Sea and Masada. All within a few hours of each other. All different. All Israel. 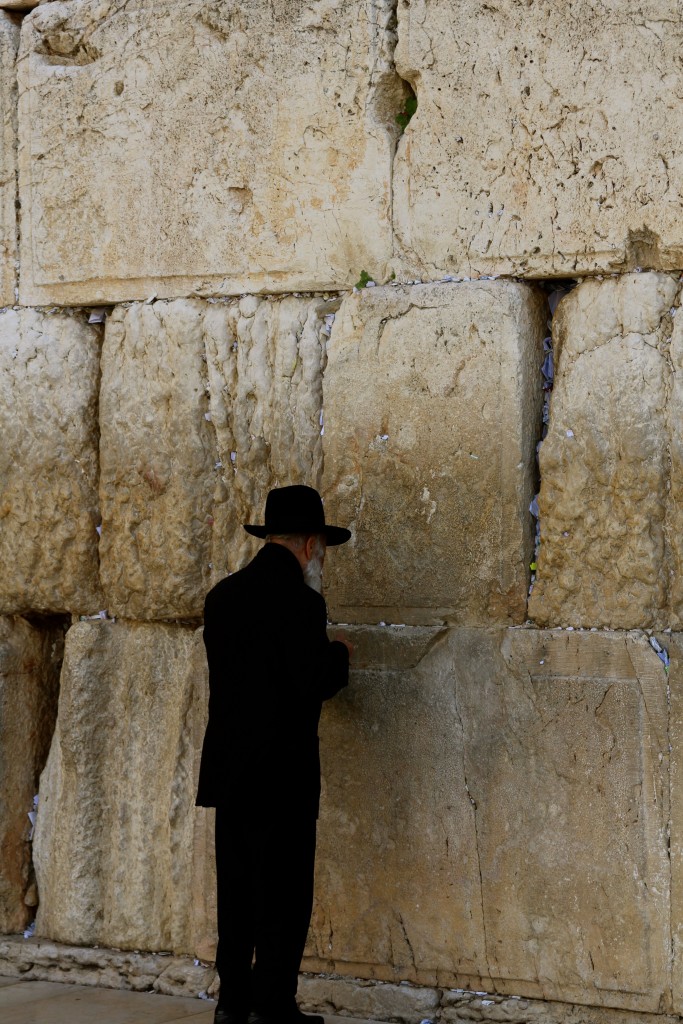 I came to see Israel through the lens of multiple narratives.   This is a complex place, but it is a place where people share more in common than they sometimes want to admit. I stayed for six nights in Center City Jerusalem, surrounded by a cosmopolitan mix of young hipsters and orthodox jews, I had the unique experience of spending three days in an Arab village north of Nazareth, and was able to see the beyond the horrible stereotypes of Muslims and Islam that are perpetuated in the United States and across the world by the media and politicians as a result of a few extremists.   These were caring, loving, hospitable people.

I met secular Jews and learned their angst over the policies of their government.   I drove through Druze villages, and spent time walking in one of the most contested West Bank Settlements in all of Israel.   I spoke with Palestinians in Hebron’s “H1” – and went through military check-points in H2 walking through a kilometer of city streets that were closed to Palestinians in one of the most surreal environments I have ever imagined.  I listened to the narrative of several Palestinians, and then heard the contrasting stories of a Settler spokesman.  I saw how the settler’s world view was defined by the 67 deaths of Jews in Hebron in 1929, and how the British evicted them from the lands they had lived in for several decades, and how the Palestinian frame was the shooting of 14 people in the most holy of places, the Ibrahim Mosque and Tomb of the Patriarchs by an Israeli soldier in 1994 (and I stood in the exact spot of those killings). 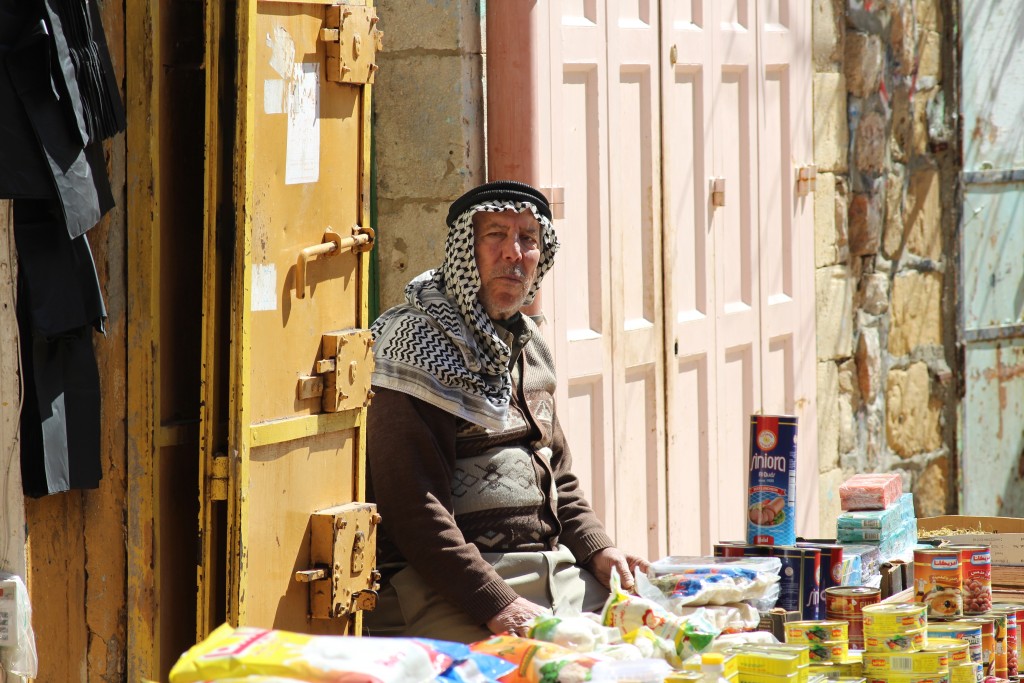 I heard from the left, I heard from the far right. I learned from a guide who tried to take a middle position, arguing that both sides want to demonstrate that they are the bigger victim. I heard a narrative from another guide who made it sound like “Jews and Arabs live side by side in the West Bank,” framing his narrative in a way that skewed the contentiousness of the settlements.

I saw inherent contradictions in the results of the Oslo Accords. I drove through a decent amount of the West Bank, primarily (but not only) on Israeli-controlled roads. I saw military bases and guard towers, I saw signs warning Israeli citizens they were entering Palestinian Controlled “Area A” and were forbidden by law from entering, and in danger of their lives. I rode on route 1, the major highway from Jerusalem to the Jordan River and the Dead Sea and knew there was no way Israel would ever give up access to those areas.   I saw the Occupation Wall, along route 6, in central Israel, and even on the highway from Tel Aviv to Jerusalem, when we drove through the West Bank. I saw the signs saying “last exit for Palestinians.” I walked along the occupation wall with all of its political graffiti in Bethlehem, and looked into what is still called a “refugee camp,” even though it was built in the 1950s and today looks like a vibrant city. I learned that even Israelis on the left view the wall as having succeeded at ending the suicide bombers of the Second Intifada. I saw the challenge of Israel being both a Democratic state and a Jewish state. I am not sure if they can have both.

I saw the city of Ramallah –the most modern of “Arab” cities I visited,

complete with signs for a Chevrolet and Ford dealership.  I stood at the tomb of Yasser Arafat, with its permanent armed guards, like the Marines in Arlington Cemetery.  I ate at a modern restaurant in the city, and drove through the down-town.  It was a vibrant city.  I saw the camps of Bedouins in the deserts of the West Bank. In places I saw poverty, in other places I saw signs of wealth. The only place I did not see was Gaza. Not only was it not safe to visit, there was really no way to visit it if I wanted to as the Israeli government has largely forbidden access.  Had I gone, I am sure I would have seen suffering on a different level – and of course, yet another narrative.

I learned of the Jewish “right of return,” which allows any Jew – anyone who can show Jewish blood going back 4 generations – to gain Israeli citizenship, almost instantly. I learned of the Palestinian demand for a right to return to their homes seized in 1948. I learned of the refugees who still have the keys and deeds to the homes they abandoned in 1948, and which today if they still exist are in Israeli cities. I lived for 3 nights in a bohemian artist colony on the Med that was built in the homes of an Arab village. I stayed in a studio that was originally part of an Arab village. I learned that some residents of this community have their own pangs of liberal guilt over where they live, but not so much to abandon it. In driving from Tel Aviv to Nazareth and then all over the Galilee, I heard the name of every Arab village that pre-dated the Israeli city or town we would pass.  This is a powerful experience. And provides context and perspective.

I experienced the dual narrative of the War of Independence, and the “NakBa” – the Catastrophe, memorialized by all in Israel, either as a great day or the worst disaster of all time. I toured a Kibbutz, and learned of the uniquely Jewish approach to socialism that began in the zionist period. I listened to Zionists, and heard the Jewish-Zionist narrative of American Jews traveling in Israel (which is often different from that of the Israeli’s). I learned that the Israeli-Arab narrative is somewhat different from the Palestinian West Bank one. I don’t think most Americans even recognize that there are close to 1.8 million Israeli-Arab citizens. I realized that Israeli-Arabs share much in common with US minorities and with the poor. They don’t tend to vote in large numbers and as a result, are under-represented. I saw the segregated public schools, although these were vibrant schools, and not images of Jim Crow from America’s past.  I visited a school in Jerusalem, the Hand in Hand School, that is seeking to get beyond that, through full bilingual education.

I spent time with the Jewish and Arab kids that came to the US through Friends Forever, and saw them re-connect. I listened to them talk about “the conflict,” and how they decided to put friendship ahead of bias, fear, or hate. I saw the great need for programs like Friends Forever, and learned of other programs offered by the Peres Center, the Peace Center at Givat Haviva, and by the Shalom Hartman Institute. I felt the pain of the pessimism of a professor who spent much of his life engaged in peace education research, but also saw the refusal to give up hope. 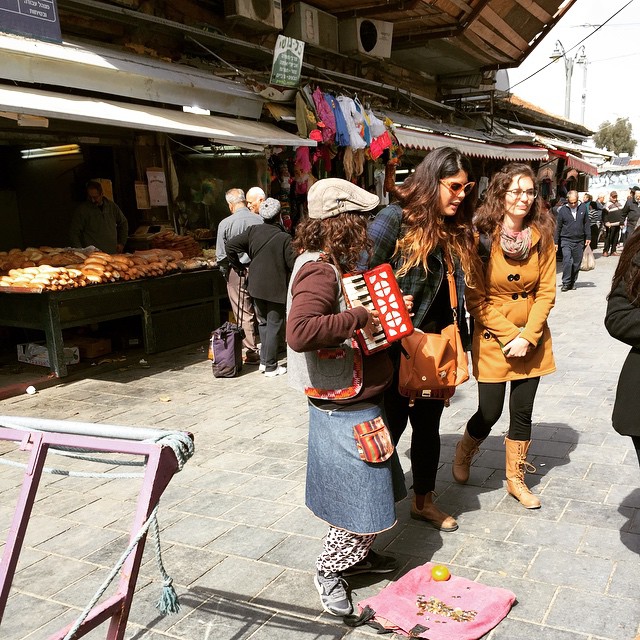 I left Israel with a clear image for a study abroad trip tied to peace studies, and I returned home with a renewed conviction that the answer for peace is not something that can be solved easily, and certainly not through simplistic efforts like “divestment.” When we over-simplify “the conflict,” we miss out on all of the nuances of it, and fail to see the different narratives that frame nearly everything in Israel.

I’ll have more to say about divestment and the politics of American liberal Protestantism as it seeks to find “justice,” but will hold that for later.   But I will argue that when people travel to Israel, that they owe it to themselves to seek out different narratives. It is not enough to go wearing a pair of rose-colored Vuarnets.  You must change the lens, and try to look from different perspectives. I can be deeply frustrated and opposed to policies of the Israeli government, and not be Anti-Israel. I can feel the thirst for justice of the Palestinians, but still see the 3,000 year old Jewish tie to the land, or Haaretz.

I went to Israel determined to have open eyes, and to do my own fact-finding. Do I have my own biases?  Sure.  But I think I stayed true to my initial promise.   I accomplished much, but there is much more to learn.   I can’t wait to return.

PS An addendum.  I spent the vast majority of my trip traveling with my good friend Roger Schmigdall.  Upon reading this post, Rog shared it on Facebook, and added the following words:

Dual and competing narratives are extremely important to recognize. Knowing multiple narratives may not help resolve the conflicts any quicker–they can tend to confuse me, but at a “higher” level! But recognizing multiple, credible narratives should absolutely help us avoid offering simplistic, snap judgment, 1-sided solutions. Resolution will require supporting and respecting all people rather than promoting one group at the expense of another.

I think this captures my thoughts exactly.