I received an advance copy of Robert Dugoni’s forthcoming third novel in the Tracy Crosswhite series, In the Clearing.   I’ve read all three of the books, all prior to publication, and think that the third entry is a considerable improvement over the second novel,  Her Final Breath,  which left me disappointed, and felt like it did little to advance the development of the recurring characters.    This novel is more similar to the introduction to the series, My Sister’s Grave,  as Detective Crosswhite investigates a cold-case murder (which had been viewed as a suicide) that had some minor similarities to the detective’s own personal story, namely the murder of her own sister.

In the Clearing is a quick read. 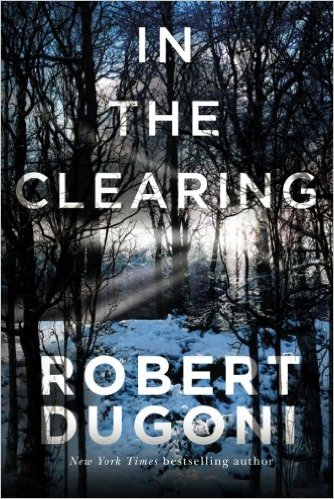 It has a great start, and hooks the reader in.  The premise is that a friend of  Tracy Crosswhite, a sheriff in a fictional Washington town three hours from Seattle, wants to re-open a case that her father, the now deceased former sheriff had investigated 40 years earlier.  A teenage Native American girl was found dead in a river, and it was attributed as a suicide.  The then young deputy sheriff investigated the case on his own, but never was able to prove the case.   Tracy is brought in to re-examine the case.

My criticism of the book is that there were times when it was very confusing, as the book would go from Tracy Crosswhite investigating a current murder case in Seattle, to flashbacks from 1976 of the Sheriff Deputy, to contemporary investigation of the cold-case.   It jumped around that way, and required a lot of focus on the part of the reader.   But this is a minor criticism.   In the end, the story has a clear resolution, and was an enjoyable read.    I’d recommend it, but I’d say start with the bestseller My Sister’s Grave, if you haven’t read the series before.  There is a LOT of references to both prior novels.

In the Clearing is available on May 17.    I reviewed this for Netgalley.com.