I do not really expect there will be fireworks in the 50 state capitols next Monday, but if there are, here is what you need to know.

First, the electoral college is mandated by both Article II, and by the 12th and 20th amendments to the Constitution.  The Twelfth Amendment is what matters, as it in effect, replaced the rules from Article II.   So read it. 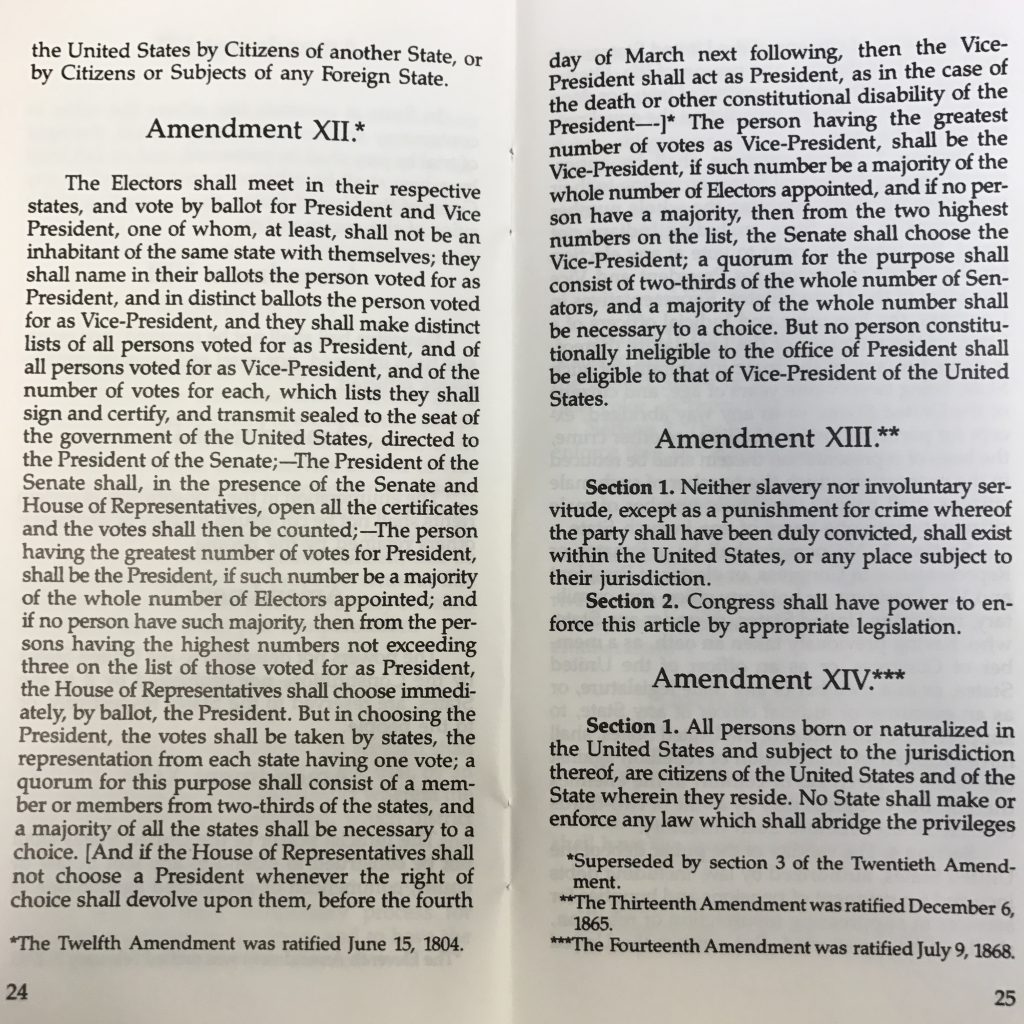 What is the process?

The electors vote for President and Vice-President, on distinct ballots.  AND they make separate lists of all persons who were voted for as President, and all people voted for for vice-president.  Once they vote, the ballots (and the lists) are sent to the Senate, where the president of the senate (a.k.a. the Vice-President of the United States) will tabulate the votes.  If there is no majority (270 of 538 electoral votes), the election then goes to the House of Representatives.

Is there anything in the Constitution that prevents an elector from voting for ANYONE?  No.  State laws might prescribe who an elector can vote for, but if we assume that the Constitution is the highest law of the land, and if a state law and the Constitution are in conflict, the Supremacy Clause of Article VI provides us with clear guidance:

So, I would argue that the electors can vote for whomever they want as long as those individuals are qualified (thus President Obama is not, he has served two full terms). Indeed, the Constitution does not even anticipate a popular election for electors. Of course, if electors “go rogue”, there might be litigation, but they have the Constitution on their side, a constitution that was written with the assumption that electors, not voters in popular elections, would select the president.  Or at least select the list that the House of Representatives would use to elect the president.

How will the House of Representatives vote if there is no electoral college majority.

The House of Representatives votes, one per state, to elect the president, from any of the top three candidates voted by electors in the states.

… and if no person have such majority, then from the persons having the highest numbers not exceeding three on the list of those voted for as President, the House of Representatives shall choose immediately, by ballot, the President. But in choosing the President, the votes shall be taken by states, the representation from each state having one vote; a quorum for this purpose shall consist of a member or members from two-thirds of the states, and a majority of all the states shall be necessary to a choice.

This means that there are 50 votes in the House, one per state delegation, and they vote “from the persons having the highest numbers not exceeding three on the list of those voted for as President.”   Poorly worded, but simply translated, the slate the House gets to choose from is the top three vote getters in the electoral college for PRESIDENT.

This also means that the only way a vice-presidential candidate (say Pence) becomes president, is if he was one of the top three names voted FOR PRESIDENT.  It also means that if electors want a Republican like Kasich to be president, they would have to vote for him, to get him on the list.  If you are not on the list, and not the top 3 vote-getters, you are not going to be president.

The 20th Amendment, in section 3 provides the final piece of the picture, dealing with the succession of a president, and what happens if no president is “qualified” by the beginning of the term.

It is messy.  It is complex, and due to amendments, it is confusing.  But the electoral college really isn’t that hard to break down.  Will it come into play after next Monday?  Frankly,I doubt it, but I also doubted that a sexual predator and reality tv star would win an election in which both the Director of the FBI and the president of the Russian Federation had intervened to influence the outcome.  So what do I know?  My hope is that they go rogue.  It would be the perfect end to this year.