Last week Microsoft announced the availability of the preview version of the new Microsoft Office for Mac, the first update since 2011.  I downloaded it and was immediately struck by the amount of effort they took to make the Mac version look like the Windows and Surface versions.   No smooth edges, everything is boxy, very Microsoft Windows-like.   Blah, Blah, Blah… it looks terrible.

In the four years I have been using Apple’s OS X operating system, the one thing that has always struck me was the simple elegance of the operating system, the avoidance of hard-lines, the usability of the applications.  The ease of use that comes from every application using the menu bar at the top of the screen.  Not Microsoft.  Oh, it uses the menu, but then replicates its own Windows ribbon and menus in the application window.  This is duplicative, confusing, and creates a messy, pretty miserable user experience.

I downloaded the app and have Word on my computer because when you collaborate with Windows users you need to have Word available, but it really is not a pleasant writing environment.   I’ll take Nisus Writer Pro any day. Microsoft has a lot of work to do.  One of the best parts of Apple’s OS X is the writer-friendly operating system and application tools available.  Nisus Writer is a full-featured word processor that provides lots of tools, but none of the bloat.  It’s RTF file format works seamlessly with other research tools, namely Scrivener and DevonThink Pro.  Microsoft Word is just the big bully sucking up lots of disk space and making you want to poke out your eyes.

Then there is the new Outlook.  Now I am not going to be a cheerleader for Apple Mail.  As a mail program, Apple Mail is good, but it is slow, and its search functions are not great.  But compared with Outlook, and its boxy, ribbon-laden look, I’ll put up with the shortcomings.  I was hopeful, because ironically, the new Outlook for iOS is very good, an app worth looking at, maybe better than the Apple Mail app on the iPad and iPhone.   But not the OS X version.   Every time a new email program comes out, I test it, hoping that the killer app has finally arrived.  To this point, nothing has.  I’ll keep looking, but it is obvious that Microsoft won’t be high on my list.

I never was able to visit this remarkable community which takes the idea of the Hand in Hand Center for Jewish-Arabic Education to a different level.  Wahat Al Salam – Neve Shalon or “Oasis of Peace”, is a village in central Israel (half-way between Jerusalem and Tel Aviv), where Jews and Arabs live together in a shared community, an intentional oasis of peace.  The community has been in existence since the late 1970s.

The video illustrates that they do not live in a utopia, and there are real challenges, but like what I learned at Hand in Hand, they work together to create a new narrative, respective of both the the Jewish and Palestinian perspectives. The video describes it better than I could, and illustrates one of the challenges that are faced at Hand in Hand, and in Friends Forever.  For the kids, when they graduate from high school, the Jewish students have mandatory military service, while the Arabs do not.   This creates tensions that they have to work through.   Yet the community persists, and there is a five year waiting list to move in to it (some of that is tied to restrictive land use laws).

The video is 16 minutes long, but it is very worthwhile, and provides a glimpse into some of the good things happening, in a world where all we hear is the opposite.

Not sure why the video says “minutes from the Gaza Strip” – well, I know why the producers claimed that, but it is 45 minutes from Tel Aviv, an hour from Jerusalem, and about an hour to Gaza. 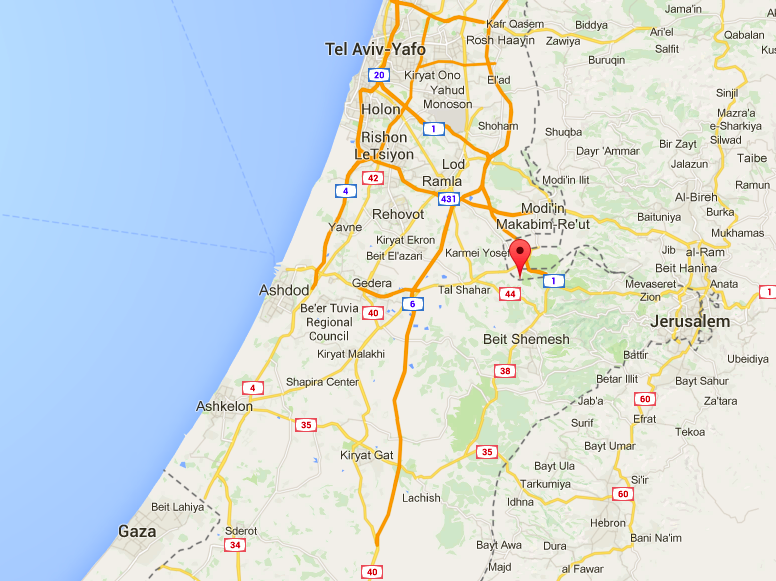